The Knocks & Cannons will perform at the Roseland Theater on Saturday 29th October 2022, as part of their co-headlining North American Tour. The tour begins on 27th September and wraps up on 31st October in Seattle. It includes notable performances in Detroit, Philadelphia, Tampa, Charlotte and many more. The two music outfits will look forward to putting up stellar performances on their almost month-long trek and fans are very excited. New York-based electronic duo The Knocks and L.A based indie pop band Cannons, will have their own set of fans rooting for them. It is going to be a special occasion and if you want to be a part of it, get your tickets right now! 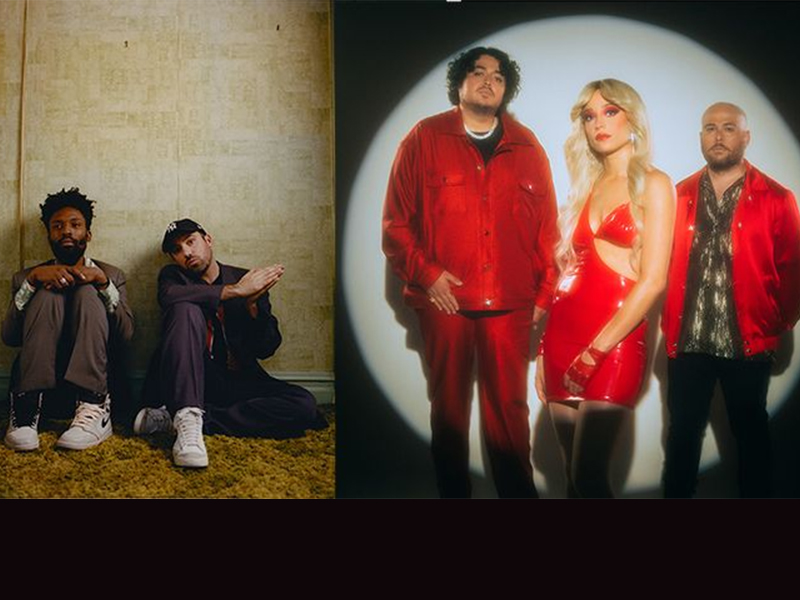 Cannons was formed in 2013 and the indie pop band has made quite a name for itself in a very short span of time. The band consisting of Ryan Clapham, Paul Davis and Michelle Joy released its debut studio album in 2017. The album Night Drive was a massive hit upon its release and garnered a huge fan base for the Cannons. Their 2021 single, “Fire For You”, topped the Billboard Alternative Airplay charts and is a track that will surely be demanded when they take the stage on 29th October at Roseland Theatre.
The Knocks will be performing live for the first time in three years and fans have truly missed them on stage. The band celebrates its latest release on the upcoming tour. The album, HISTORY came out in April this year and became an instant fan favourite. Their fans are excited to hear it live because they know how amazing an atmosphere they can create with their modern electro sounds. The album contains collaborations with some big names in the industry such as Muna, Cold War, Cannons, Foster the People and more. Catch them live as they are set to deliver an incredible performance with the highly talented indie band, Cannons. Ticket demand is rapidly rising, so make sure you get your tickets now before they are sold out!