AWOLNATION comes to Roseland Theater on Wednesday 16th November 2022, as part of its highly anticipated 2022 tour. The American rock band is set to rock some of the most notable destinations in the U.S, with performances in Seattle, Washington, Michigan, New York and others. The fall tour comes in support of their latest album release, My Echo, My Shadow, My Covers, and Me. Badflower and the Mysteries will show support throughout the tour, and fans are hugely excited about the trek. It begins on 6th October from Salt Lake City, with this performance being the penultimate one. Catch AWOLNATION live in concert at the iconic Roseland Theatre on 16th November 2022. Make sure you get your tickets ASAP before they are sold out! 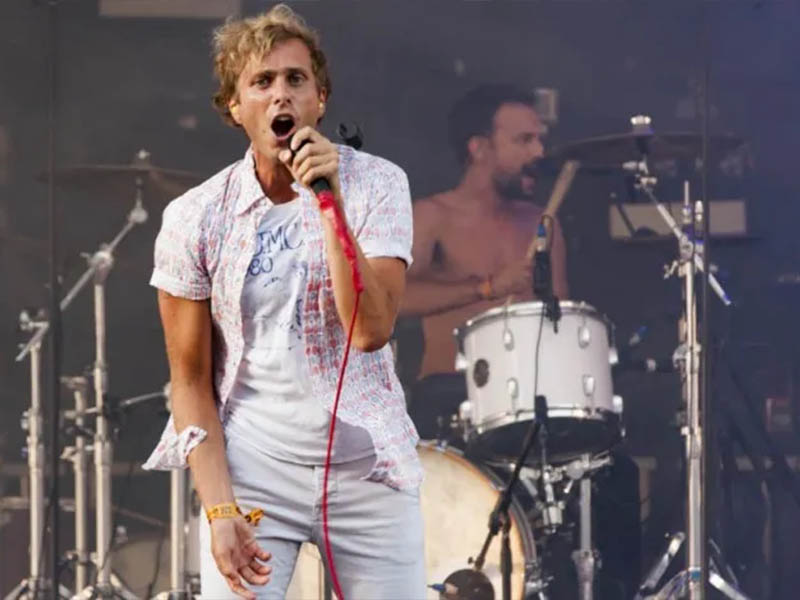 AWOLNATION is one of the most prominent rock bands in America, which was particularly famous in the last decade and has continued its momentum into this one. The began in 2010 with the release of their debut LP and a year later, they released their debut album. Their debut album Megalithic Symphony contained their hit single “Sail” which gave them widespread popularity and international recognition. The single peaked at number 17 on Billboard Hot 100 and reached number 4 on Billboard Rock Songs Chart. The song opened doors for their continued success and they became one of the most sought-after rock music outfits in the country. Later, it received 6x platinum certification from the RIAA.
Their tours have always attracted huge crowds, and their collaborations include some big names from the industry. The band is renowned for putting up enthralling live performances, providing a very authentic rock music experience to their audience. Fans are anxiously waiting for the tour as they will witness their latest album live for the first time. This explains the massive demand for their upcoming tour, and fans are wasting no time in getting their tickets. You should get yours right now if you want to see them perform at Roseland Theater on 16th November 2022. Hurry up, before all of them are sold out!