The Gaslight Anthem comes to Roseland Theatre on Tuesday 13th September 2022 as part of its North American trek of their 2022 World Tour. It is the band's first tour in four years after reuniting. The Gaslight Anthem is very excited to be back on the roads of America and expects its fans to be there at each venue. The summer trek will kick off on the 13th September after the completion of the United Kingdom and European Dates. The band will be visiting many notable spots in the Northside of America, including Seattle, San Francisco, Denver, Minneapolis, Chicago, Washington, and some others as well. Special guests Tigers Jaw and Jeff Rosenstock will be performing along on selected dates as well. Catch the rock legends live in concert by getting your tickets ASAP! 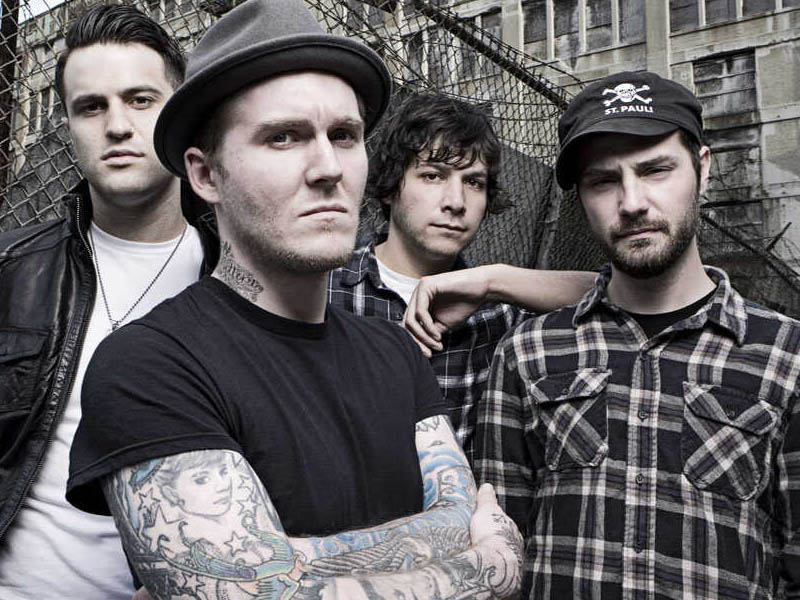 The Gaslight Anthem is an American-based rock band that started producing music in 2006. The band got disbanded several times but recently in 2022, they reunited to produce more music and announced the release of another studio album. The band has released five albums to date named Sink or Swim, The '59 Sound, American Slang, Handwritten, and Get Hurt. Their lead single, 45 from Handwritten, is one of the band's biggest hits, which is still played regularly across the world. This song gave them commercial success and put them under the spotlight. The Gaslight Anthem is one of the most sought-after music outfits in the US with widespread international recognition.
Jon Caramanica, a music critic from The New York Times, stated that The Gaslight Anthem's music has the rich tradition of New Jersey punk rock, which resonates with the music of famous bands Bouncing Souls and the Misfits. Some other music critics also stated that The Gaslight Anthem music has elements of the unique genre, the Jersey Shore. The band's music has an unmatchable style, making them win the Kerrang! Award for the Best International Newcomer in 2009. The Gaslight Anthem fans are always waiting for the live shows; hence ticket demands are always on the rise. Hurry up, book your tickets right now and catch them live at the Roseland Theatre on 13th September 2022.