The Backseat Lovers comes to Roseland Theater on Saturday 13th August 2022, as part of the band’s 2022 North American Tour. The 2022 trek comes off their highly successful tour last year, which featured sold-out performances at forty-two venues throughout North America. The band has also made appearances at famous festivals, including Shaky Knees, Lollapalooza, Ohana, and the ACL festival. They also recently released their live album, Live from the Troubadour. The album was from their 2021 concert performance in Troubadour. The Backseat lovers have been one of the most prominent live bands since 2019 when they released their debut album When We Were Friends. Fans are waiting for their upcoming performances and if you’re one of them, get your tickets right now to their 13th August concert at Roseland Theater. 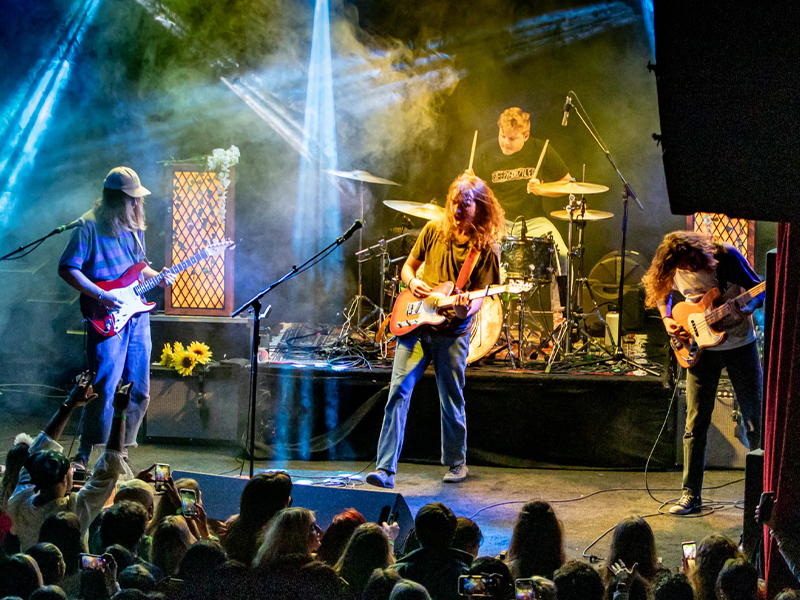 After their high-school graduation, the band comprising Josh Harmon, Jonas Swanson, Juice Welch, and KJ Ward released its self-released EP, Elevator Days, alongside a full-length album. The album, When We Were Friends garnered more than 134 million streams, led by their famous single, “Kilby Girl”. The track has continued to make an impact on Spotify, getting almost 75 million streams alone. This was quite an extraordinary achievement for a band that had yet to sign a major label. Their next album is currently in the works and they might throw a teaser or two on their upcoming concerts.
The Backseat lovers create quite an eccentric atmosphere around their concerts. The guitar-heavy shows feature powerful performances of some of their best music till now. Hailing from Salt Lake City, they have quickly made an impact on the rock music scene, and many music critics believe they have a very successful future ahead of them. Their 2021 tour was evidence of their popularity and is expected to grow in the future. Hence, the ticket demand for their North American 2022 tour is very high so if you want to catch them live, make sure you get your tickets this instant before none of them are left!