Legendary guitarist Steve Vai has finally announced dates for his North American 2022 tour, and he will be coming to the iconic Roseland Theater on Monday, 28th November 2022. The artist could not go ahead with his earlier dates due to injury, but fans are delighted because he will be playing 52 shows across notable North American venues. The shows begin in September and wrap up in Early December. The first performance takes place in El Cajon on 28th September. On the list include destinations such as Austin, Atlanta, Macon, Orlando and many more. The guitar legend will celebrate the release of his latest album, which was released in January this year. Fans are excited to hear it live for the first time and if you’re one of them, buy your tickets right now! 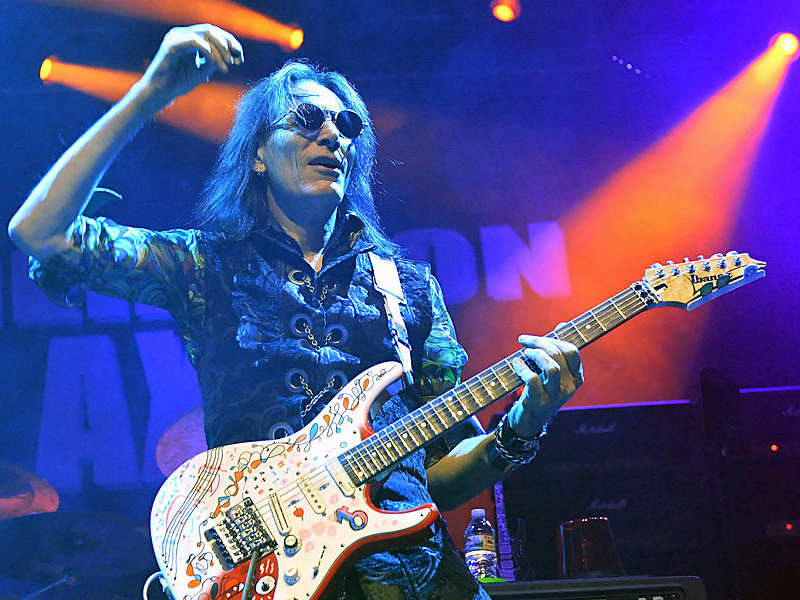 The legendary guitarist also celebrates his hit album Flex-able’s 36th anniversary this year. He remastered the album and released it in May. Fans will have plenty of demand from his Flex-able remastered album and his latest album, Inviolate. Vai is one of the most sought-after musicians in the Rock, Hard rock and progressive rock genres. His massive fan following is spread across the globe, with quite a few residing in North America. They know how special a Steve Vai concert is, and hence it is expected to be a sold-out venue.
Steve Vai has stayed and interacted with his fans during the downtime. However, now that he will return to the stage, it will be an entirely different vibe. He is playing at some of the biggest stages in the world this year, expecting plenty of sold-out shows on the road. Steve’s incredible energy and his mesmerizing guitar skills are worldwide famous, which is why there is a massive demand for all his upcoming events. If you want to catch the legendary American guitarist, composer, songwriter and producer live in concert at the famous Roseland Theatre, you need to buy your tickets ASAP before they are sold out!