Roseland Theater is set to host American musician Steve Lacy on Tuesday 8th November, 2022. Lacy will be performing on a series of dates in North America this year for his “Give You the World Tour”. He will begin his tour on 2nd October in Denver and continue to perform until 11th November, with a final performance in his hometown, L.A. The artist will touchdown some notable destinations, including Detroit, Boston, Toronto, Philadelphia and more. Fans are very excited because they will be able to experience Steve’s latest album, Gemini Rights, live for the first time. Gemini Rights came out in July and has been one of the year's best albums. If you’re a Steve Lacy fan, you’d know that tickets can sell out pretty quickly. Get yours right now before all of them are gone! 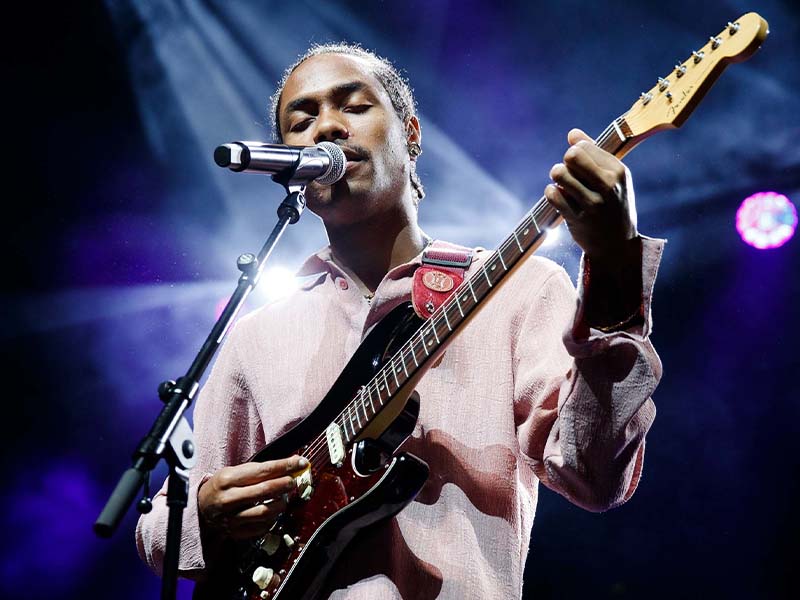 Steve Lacy was once part of the pop group, internet. He was a guitarist, and it was not until 2017 that he came out with his debut EP, Steve Lacy’s Demo. The EP was immediately recognized as an excellent effort from an emerging superstar, and Lacy released his debut studio album two years later. The album Apollo XXI came out to critical acclaim in 2019 and introduced Steve to the music industry.
Steve Lacy’s latest album, Gemini Rights, has been a distinct chart-topper, peaking at seven on Billboard 200 and topping the Top Alternative Albums Chart and Top Rock albums chart. The American musician, songwriter, and record producer has written and self-produced the complete album. Just at the age of 24, he has collaborated with some big names such as Mac Miller, The Weeknd, Tyler the Creator, Solange and J.Cole. He is being dubbed an emerging superstar, and his work is clearly justifying the praise. Steve is also an incredible live performer, always bringing great energy and enthusiasm to his fans. Catch him live for an exhilarating display at the famous Roseland Theatre on 8th November 2022. Get your tickets right now because they are expected to sell out very soon!