Starset comes to Roseland Theater on Monday 30th May 2022 as part of its upcoming North American Tour with American Christian Rock band, Red. The tour kicks off on 25th May in Kansas City at the Truman and continues until 16th July, with a final performance at Cadott, Wisconsin’s Rock Fest. Starset will also be supported by Fame on Fire, Smash Into Pieces and Oni on selected tour dates. All rock fans in America hugely anticipate the exciting line-up and hence, ticket demand is on the rise. The tour supports their latest studio album, Horizons which came out in October last year. After a highly successful first leg of the tour, they are hitting the roads again this summer! Get your tickets right now before they are sold out! 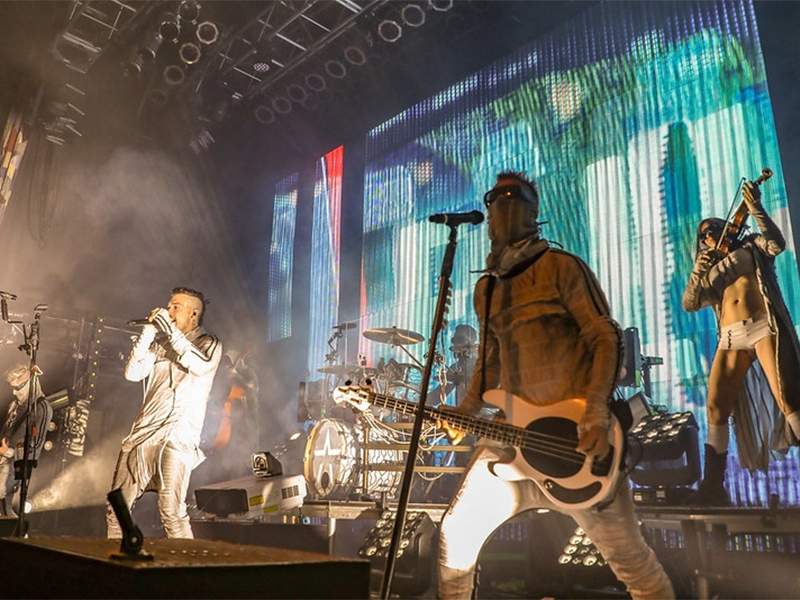 The Spring and Summer headlining tour is an extensive two-month run and includes performances at some of the most notable destinations in the country, such as New York, New Jersey, Oklahoma, Ohio and many more. The Platinum-certified rock band is renowned for incredible live performances and for putting up some of the best rock shows in the country. Their on-stage chemistry and energy is unmatchable, and the highly talented RED also supports them.
Starset was formed in 2013 by Dustin Bates and released its debut album, Transmissions, in 2014. Their second album came three years later. Vessels, the second album, was more of a success as compared to the first, and band moved towards releasing concept albums via Youtube and Social media. They generated around $230,000 in revenues from the views, and their single, “My Demons” had more than 280 million Youtube views during that time period. Their most successful single, “Monster,” reached number 2 on the U.S Billboard Mainstream Rock charts in 2017. Their latest album, Horizons, has been a massive hit, and they have produced quite a few sold-out shows in the first leg. A similar response is expected on this trek as well, so if you’re looking for tickets, you need to get them right now before none of them are left!