Sabaton comes to Roseland Theater on Friday 16th September 2022 as part of their 25 date U.S tour. The Swedish Heavy Metal band will perform at major venues across the U.S, including a special headlining show at Montreal’s Place Bell. This show will be their first-ever arena headline concert in Canada. The tour begins on 15th September from Seattle and concludes at New York’s Hammerstein Ballroom on 23rd October. EPICA, a renowned Dutch metal band, will support Sabaton on all tour dates and the tour is expected to deliver some compelling, energetic performances. If you’re a heavy metal fan, you cannot miss out on this! Get your tickets right now before they are sold out. 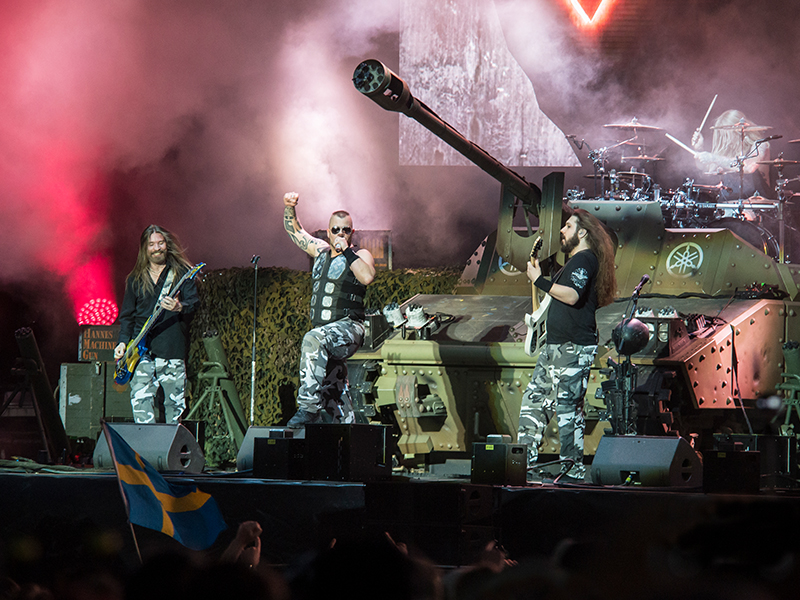 Sabaton truly delivers some high-energy and electrifying performances whenever they’re on stage. Most of their songs are inspired by real-life military encounters, and nine out of their ten albums are about war. They tell tales of people who have lived through war, and they do it through powerful vocals and high-energy music. Their intensity is unmatched and even after playing thousands of live shows, it still feels as if its their first-ever concert. They constantly engage with the audience and make them a part of their overall performance.
They are referred to as one of the “big four” power metal bands alongside DragonForce, Blind Guardian, and Helloween. They are one of the most successful rock music outfits in the Swedish music industry with worldwide recognition and demand. Their album, Carolus Rex, became the best-selling Swedish heavy metal album of all time. The upcoming tour called “The tour to end all tours” supports their latest album, “The War to End All Wars.” The album was released on 4th March and garnered many positive reviews. This is also the band’s last album and hence, fans are hugely anticipating their performances on what could be their last tour as well. Do not miss out on the Sabaton experience and get your tickets right now to watch them at Roseland Theatre on 16th September.