Canadian band Purity Ring is ready to give another stellar performance at Roseland Theater Portland on Thursday 2nd June 2022. The group has re-scheduled their Tour de Womb several times in the past two years, and now finally, they are ready to hit the roads of North America. Purity Ring's highly anticipated tour will kick off on 1st June 2022 at McDonald Theater. Before wrapping it up, they will be performing several gigs at notable venues, including Seattle, Salt Lake City, Vancouver, Denver, Lawrence, Brooklyn, Toronto, Nashville, Orlando, San Diego, Tulsa, and many others. The band has set this tour to promote their album, Womb, which was released in 2020. They are all excited to make your summer evenings memorable, so hurry up and book your tickets ASAP before they are sold out! 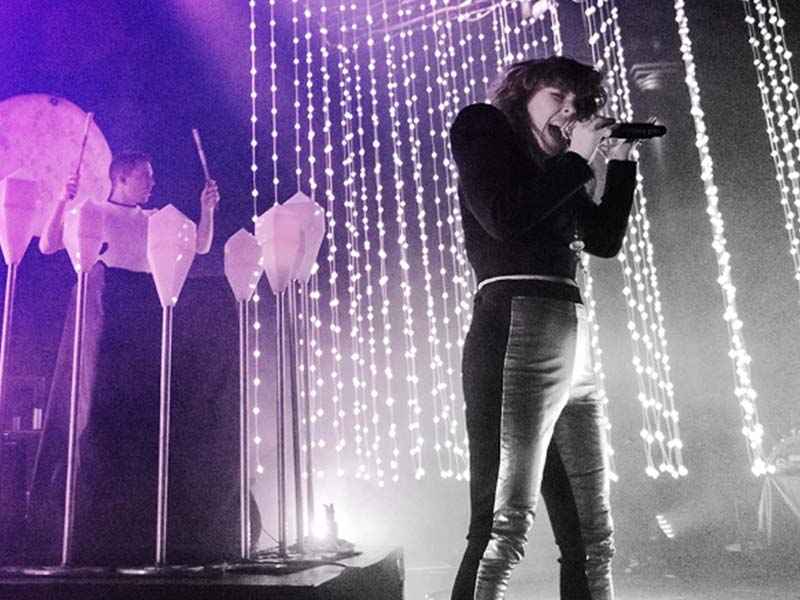 Canadian-based Electronic pop band Purity Ring is a duo with members Corin Roddick and Megan James. The band is known for Roddick's fusion of pop and hip-hop with James' childlike vocals with gory lyrics. The band came into the spotlight with their special technique of music called "sidechaining." This is a volume regulating trick that affects the rhythm of one instrument due to the change in volume of another. The band always performs their live gigs with a unique tree-shaped instrument that produces sounds and lights. Purity Ring's concerts are not just a combination of music and sounds, it is a complete artistic show with multiple things happening at a time.
Purity Ring has released three albums to date. Shrines was the first album released in 2012 and was listed at 32 on the Billboard 200. It also peaked at 24 on the Pitchfork's staff list for top 50 albums of the year and got nominated for the Polaris Music Prize as well. The band sold over 90,000 copies of the album in the U.S alone. The duo's second album, Another Eternity, was released in 2015 and is ranked 25 on the Canadian Albums Chart and 26 on the Billboard 200. The band's third and the latest release, Womb, has received high acclaim worldwide, and listeners have started paying special attention to the band. Hurry up, grab your tickets right now and witness an incredible performance by Purity Ring.