Osees comes to Roseland Theater on Friday 9th September 2022 as the rock band is set to hit the road once again for a North American fall tour. The band will receive support from San Francisco-based trio Bronze, on all dates of the tour. The tour began on 17th March and continues until 3rd October. The tour included performances at some notable destinations such as Seattle, Chicago, Toronto, Boston, Atlanta, Austin and more. They performed at the Treefort Music Fest in March to a huge crowd, and it was one of their best live performances. They also played with 3Z Top in April at L.A’s Viper Room. They haven’t released a studio album since 2020, and fans are looking forward to hearing some news on the upcoming shows. Catch Osees live in concert as they are set to deliver exceptional performance at Roseland Theatre on 9th September 2022. 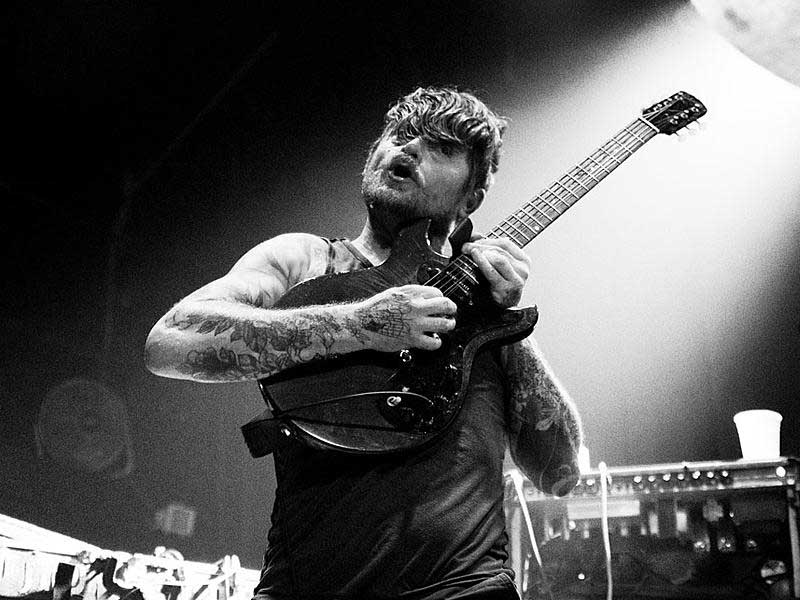 The American rock band was formed in San Francisco in 1997. They are now based in L.A and consists of core members John Dwyer, Tim Hellman, Paul Quattrone, Dan Rincon and Tomas Dolas. They draw influences from several genres such as psychedelic rock, punk rock, noise rock and 18980s post-punk. When they started out, they were one of the biggest forces in rock music and gained a reputation for being an incredible live band. The band has come a long way from what they initially offered and incorporated several styles in their live performances. Their energy is unmatchable and something that radiates positively within the audience too.
The band entered a hiatus in 2013, but a new studio album was released in 2014. The album, Drop, was one of their biggest hits and was released to critical acclaim. The band changed its name from Oh Sees to Osees in 2020 with the release of their twenty-third album, Protean Threat. They are also releasing a new album in August this year called A Foul Form. Fans who attend this concert will definitely get to hear some news and new music when Osees takes the stage at Roseland Theatre on 9th September 2022. If you’re a rock music fan, you cannot miss out on this! Get your tickets right now before they are sold out!