King Gizzard and The Lizard Wizard come to Roseland Theater on Tuesday 4th October 2022 as part of the band’s World Tour. The North American trek kicks off on 2nd October in Berkeley’s Greek Theatre and includes notable performances in Seattle, Vancouver, Chicago, Toronto, New York and more destinations before wrapping up on 31st October in Oklahoma City. They will receive support from Leah Senior and The Murlocs on selected tour dates. The tour supports their latest EP, Butterfly 3000, and fans are pretty excited about their upcoming performances. Catch the psychedelic rock band live at the famous Roseland Theater on 4th October by getting your tickets right now. Hurry up before all of them are sold out! 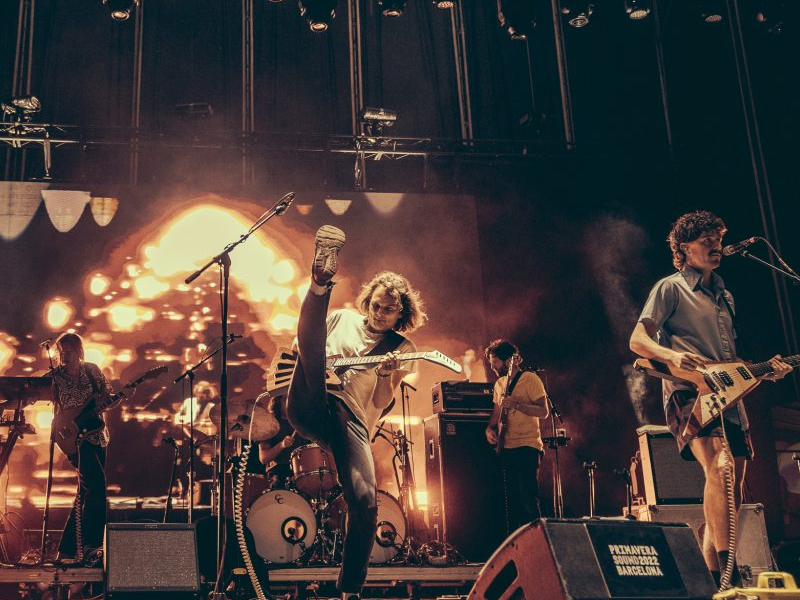 The massive World tour will support the band’s highly acclaimed EP, Butterfly 3000, which was released in June this year. This is the band’s 18th studio album and became an instant fan favorite. Fans are very excited to hear it live for the first time and they are bringing it to some of the biggest venues in the world. They have also played at some big music festivals this year, and fans are eagerly waiting for their North American performances which begin on 2nd October.
The Australian band will play 19 dates in North America, which were postponed from 2021 to this year. The performances also include three-hour marathon sets, with one of them scheduled at the iconic Red Rocks in Colorado. The band has produced some incredible music and performances since forming in 2010. They have built a prolific discography, with more than twenty studio albums, three EPs and ten live albums. King Gizzard and The Lizard Wizard is one of the most renowned psychedelic rock bands around the globe, with a reputation for some amazing live performances. Fans always expect great energy from the band, every time they take the stage and the audiences react accordingly. Catch them live at the Roseland Theatre on 4th October by getting your tickets ASAP before they are sold out!