John Craigie comes to Roseland Theater on Saturday 3rd December 2022, as part of his 2022 North American tour. The “Keep It Warm” tour will begin on 9th November and will see John Craigie play at some notable destinations in the country, including Charlotte, Milwaukee, Nashville and many more. Anna Moss, Texas, Erin Rae and Goodnight will open for John Craigie on selected tour dates. Fans are very excited about the American singer-songwriter’s performances, and ticket demand is rapidly rising. If you’re a fan of Folk and Americana, you surely cannot miss out on this occasion! Get your tickets right and John Craigie for an amazing performance at the iconic Roseland Theater on 3rd December 2022. Hurry up, before all of them are sold out! 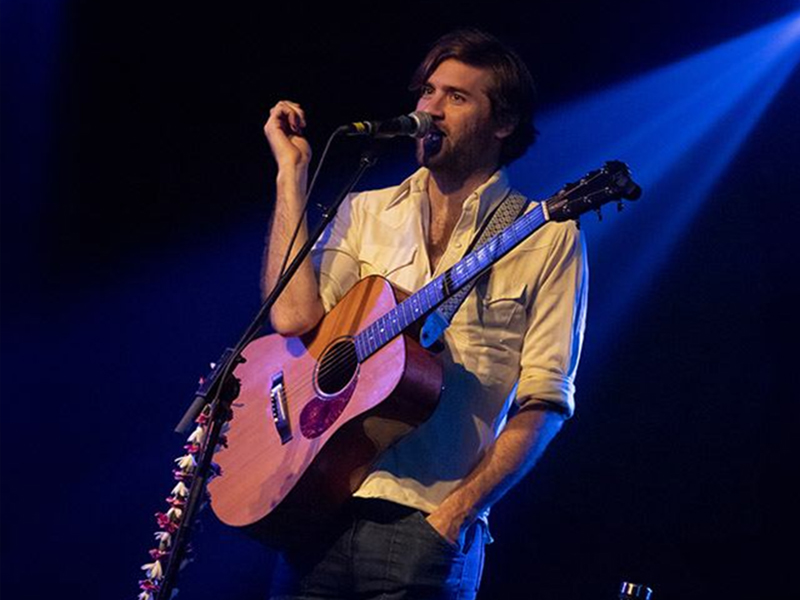 John Craigie’s upcoming fall tour has spurred a lot of excitement and anticipation among his fans. He often combines folk songwriting with comedic storytelling to produce some incredible, funny and enjoyable live performances. The artist’s 2016 live album, Capricorn in Retrograde…Just Kidding… Live in Portland, was one of his best and led him to open for Jack Johnson’s 2017 national summer tour. His shows always guarantee unlimited entertainment and Craigie plays multiple instruments himself, including Guitar, Harmonica, Banjo and Ukelele.
John Craigie has released eight studio albums, two covers and two live albums. His 2017 album, No Rain, No Rose, featured the Shook Twins and Gregory Alan Isakov. It was a massive fan favourite and led Craigie to global recognition. He has also performed and opened for some of the biggest artists such as Rainbow Girls, Avett Brothers, Trampled by Turtles, Shook Twins and many more. His hilarious storytelling, combined with his musical ability, provides unique concert experiences, which is why fans are always looking to buy tickets to his show. Catch him live on 3rd December 2022 at the iconic Roseland Theatre for another amazing performance. However, you need to get your tickets real quick before all of them are sold out!