Jacquees comes to Roseland Theater on Sunday 31st July 2022 as the American singer-songwriter is set to play five shows in July this year. The shows begin on 29th July from Spokane, WA, at the Knitting Factory Concert House and include performances in Seattle, Portland, Calgary, and Chicago. He is also dropping his new album in Summer this year, produced by future. Fans may get to hear a bit of a teaser on his upcoming concerts, and hence they are pretty excited. Future has done some big projects recently, including the executive production of Kanye West’s Donda 2. Jacquees’ last album came in 2020, and it was also a massive hit. Catch him live at Roseland Theater on 31st July 2022 by getting your tickets right now! 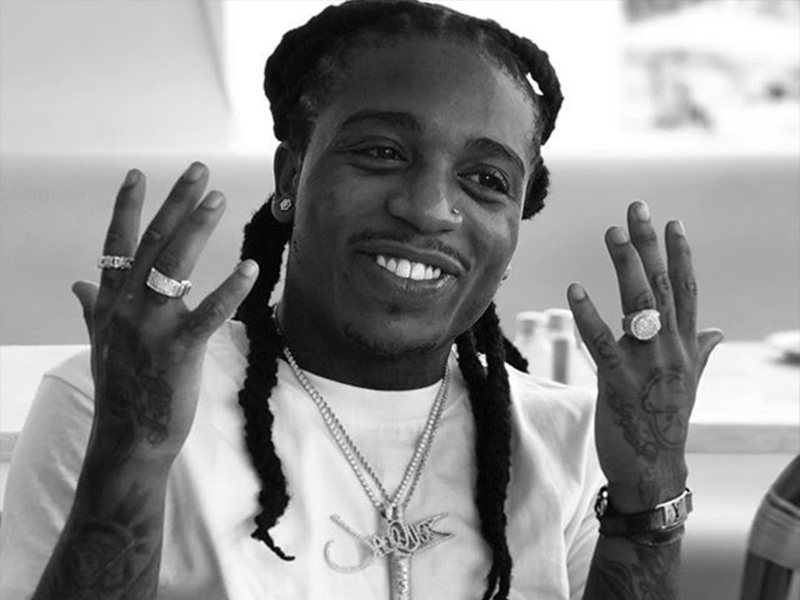 The American singer-songwriter hails from Decatur, Georgia and began his career in 2015 when he signed with Cash Money Records. His major breakthrough came with his 2018 single, “B.E.D”, and the single reached Billboard Hot 100 and stayed there for seven weeks. Soon after, Jacquees released his debut album, 4275, to critical acclaim, and he became one of the hot-selling artists of the year. He is expected to make even more rounds with his upcoming album, due to be released in the summer of this year.
The self-proclaimed king of R&B released his latest album in 2020. The album, King of R&B had some incredible tracks that reached a worldwide audience. Jacquees brings a new brand of R&B, with a touch of old school twist. This pattern was seen on his debut album, 4275, and it was widely appreciated. He has taken influence from some greats, including Marvin Gaye & Barry White. All Jacquees wants is “I just want people to listen to my music and feel good”, and people will feel pretty good when he steps up on stage on 31st July at the Roseland Theater. Jacquees is a great live performer, and fans love the energy he brings. If you’re in for an eccentric night of R&B music, catch him live on 31st July 2022 by getting your tickets right now!