Hatebreed comes to Roseland Theater on Monday 14th November 2022 as part of the band’s “20 Years of Perseverance” Fall North American tour. The tour also features special guests Bodysnatcher and Dying Wish for this special trek. The band celebrates its hit album, Perseverance’s 20th anniversary with headlining dates across North America. The 13-date trek kicks off on 27th October from Virginia Beach, VA and wraps up on 20th November in San Diego, CA. The tour includes notable performances in Cleveland, Albuquerque, Seattle, and many more. Fans are very excited, as the band is set to refresh their memory with some classic hits from their 20-year-old record. Catch them live at the famous Roseland Theatre on 14th November 2022 by getting your tickets right now! 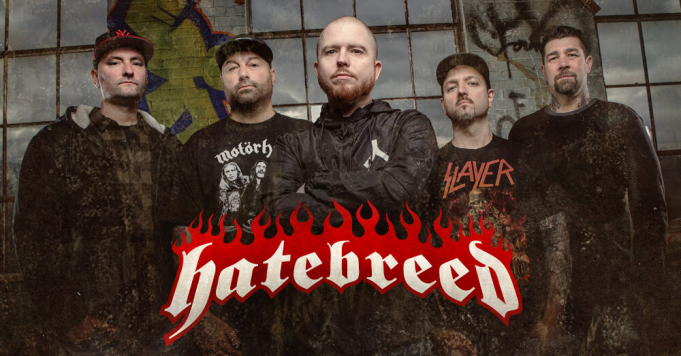 Hatebreed fans went crazy when the band announced their tour. The band is already playing at some venues this year with their summer “Weight of the False Self” world tour with Black Label Society and Anthrax. The tour is ending on 28th August with the upcoming tour kicking off on 27th October. The 13 shows include special guests Bodysnatcher, Dying Wish, Gatecreeper and Bleeding Through, so it is going to be one hell of a lineup!
The American metalcore band arrived on the music scene in 1994 and released its debut album; Satisfaction is the Death of Desire, three years later. They are considered a major influence in the Connecticut hardcore scene and are known for combining heavy metal and hardcore elements. Their style is sometimes also described as hardcore punk and beatdown hardcore. Their second studio album, Perseverance, came out in 2002 and became one of their highest-selling records. It also gave them widespread international recognition and some of its soundtracks appeared in famous movies like Texas Chainsaw Massacre and XXX. They are one of the most incredible metalcore bands in the world and if you want to catch them live, you will need to hurry up and get tickets ASAP.