Foals comes to Roseland Theater on Sunday 13th November 2022, as part of the band’s 2022 North American Tour. The band will hit the roads of Canada and U.S from October to December. The tour supports the band’s latest album, “Life Is Yours,” and begins on 28th October in L.A’s Brooklyn Bowl. It features notable performances in Phoenix, Austin, Portland, Oakland, Chicago and other destinations before wrapping up on 18th December at Portland’s State Theatre. Foals’ fans are pretty excited as they will witness their latest album live for the first time, so ticket demand is very high. If you want to catch the British rock band live in concert, make sure you get your tickets to their 13th November event at Roseland Theater right now! 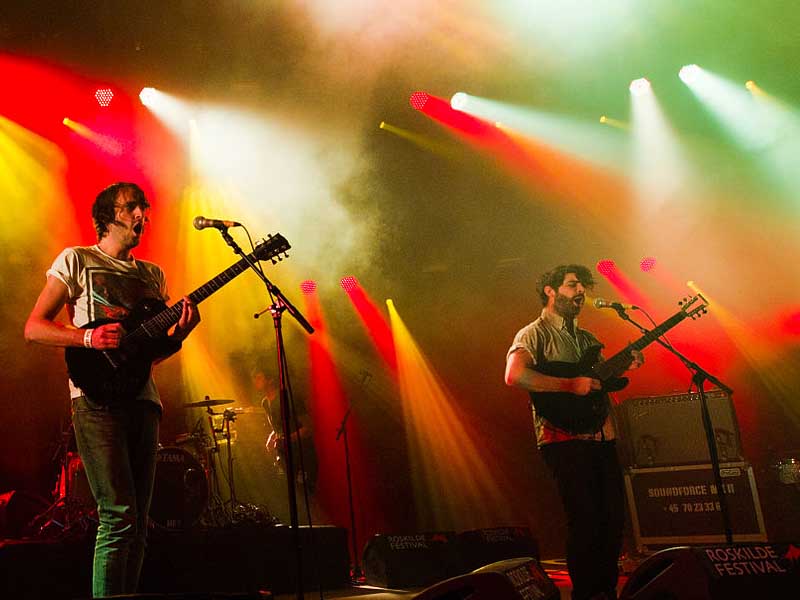 Foals released their latest album, “Life is Yours,” in June 2022 and it has been a massive hit since then. It has received positive acclaim from several music critics and has become an instant fan favorite. The album came before their hit singles “Wake Me Up”, “Looking High”, “2 am”, and “Crest of the Wave”. Their huge U.S fan base is eagerly waiting for the tour to start, which is spread across the latter months of 2022, from October to December. It will be one of their most extensive tours, with 25 dates throughout North America.
The British rock band was formed in 2005 and consisted of lead vocalist and guitarist Yannis Philippakis, percussionist Jack Bevan and rhythm guitarist Jimmy Smith. Signed to Warner Records currently, the band has released seven studio albums, including their latest, Life is Yours. Foals has been actively touring internationally for the past decade or so and have performed at major music festivals such as the Coachella, Roskilde, and Glastonbury. Their live performances are amazing and a must-attend occasion for any indie rock fan who wants to enjoy authentic rock music. You can also catch them live at the Roseland Theater on 13th November 2022 by getting your tickets right now. Hurry up, as they might be sold out very soon!