Chvrches comes to Roseland Theater on Saturday 1st October 2022 as part of their extensive North American 2022 Tour. The Scottish pop band began their tour on 13th May from Mexico City and will wrap up the trek on 3rd October in Boise, Idaho. The band will perform in New Orleans, Birmingham, Portland, Alabama and more destinations. Their fourth studio album arrived in August 2021, called Screen Violence. It will be their first trip to the U.S since the release, and fans are pretty excited to hear the album live for the first time. If you’re a Chvrches fan, you cannot miss out on this concert at the famous Roseland Theater on 1st October 2022. 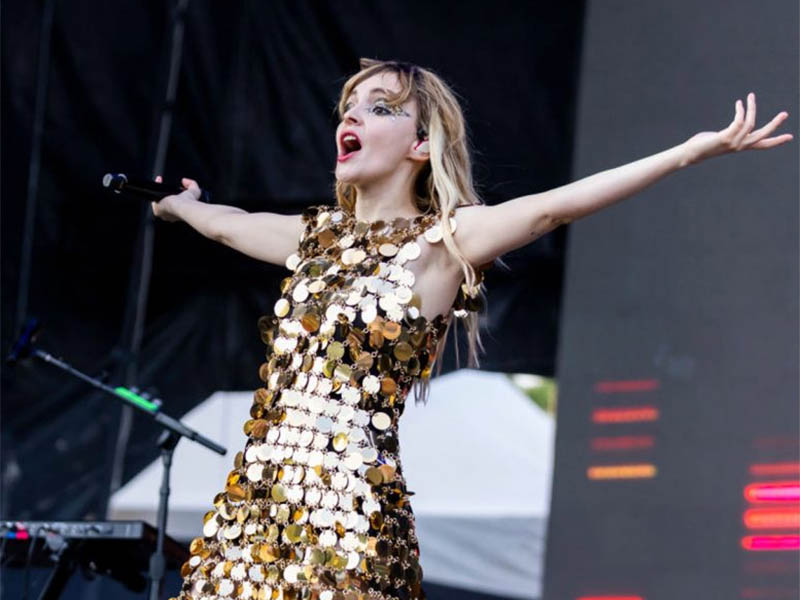 Chvrches latest album, Screen Violence’s announcement came alongside their single, “How Not to Drown,” featuring the Cure’s Robert Smith. The song won the Best Song by U.K. artist at BandLAB NME 2022 awards and became the most popular single from the record. The album has also been a huge hit, garnering many positive reviews from fans and music critics.
Chvrches takes their musical inspiration mostly from the synth-pop genre, but they also include elements of indietronica, indie pop and electronic dance. Their wide range of genres makes them a really attractive music outfit, especially for live events. Their on-stage energy is unmatchable, with incredible chemistry among the band members who have been together since 2011. Their debut EP was released in March 2013 and included the hits “The Mother We Share”, and “Recover”. They released their debut studio album, The Bones of What You Believe in 2013 to critical acclaim, and it reached the fifth spot on the Sound of 2013 list by BBC. Since then, they have made a real mark on the music industry, being a popular act in their hometown Scotland, and having a huge fan following in the U.S. They are expected to sell out most of their concerts pretty quickly, so if you want to catch them live, make sure you buy your tickets ASAP!