beabadoobee comes to Roseland Theater on Wednesday 23rd November 2022 as the singer-songwriter celebrates her second album with a North American tour. Fans are highly excited about “Beatopia”, beabadoobee’s second record. The tour begins on 25th October from Washington D.C and includes notable stops in Houston, Phoenix, Los Angeles, Santa Ana, Orlando and many more. The tour wraps up on 4th October in Boston’s Roadrunner. This has been a very busy year for the Filipino-British singer-songwriter, as she supported Bleachers on their headlining tour and played at festivals in Europe and Japan earlier in the year. She will receive from her labelmates, Lowertown, who also released their latest EP last year. Catch beabadoobee live in concert by getting your tickets right now! 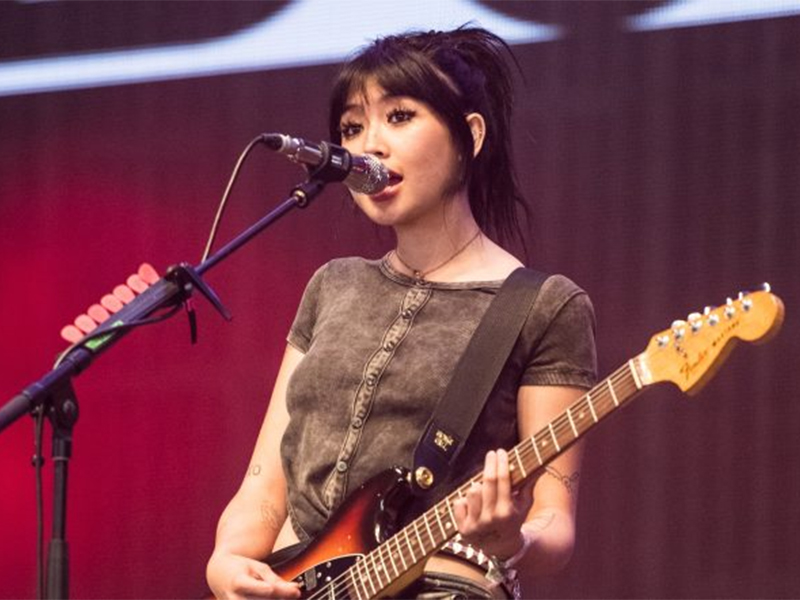 Beabadoobee will be displaying some amazing performances at her upcoming North American headlining trek, and fans are ready for it. Beatopia is beabadoobee’s second record, following her 2020 debut LP, Fake it Flowers. The LP was a massive hit and received critical acclaim from music critics. The artist has already released a few singles from the upcoming project, including a few which became really popular such as “Talk”, “10:36” and “See You Soon”. The singles have further excited the fans who cannot wait for her upcoming events.
Beabadoobee began her career in 2018 with the release of her first EP, Lice. Her commercial breakthrough came with her 2020 record, Fake it Flowers and she developed a massive fan base. She is now a global sensation, having performed at some of the biggest stages in the world. She has extended support to several big music outfits and was nominated for the 2020 Rising Star award at the Brit Awards. She has been one of the most promising talents in the industry and has received widespread praise from all parts of the world. Moreover, she has a beautiful voice which makes her live performances even more soulful. Catch her live as she performs at Roseland Theatre on 23rd November 2022. Get your tickets quickly before they are sold out!