Hip hop duo Atmosphere is coming to Roseland Theater on Monday 10th October 2022, for their 2022 North American Tour. The tour named “Party Over Here” begins on 8th October and fans will be hoping that it lives upto its name. The duo will play at notable destinations throughout North America, including San Diego, Oakland, Portland, Santa Cruz, and more. The tour will end on 21st October with a final performance in Salt Lake City. The line-up of their trek is also exciting as Atmosphere will be supported by Blikes & Gab and Plain Ole Bill. The duo consisting of rapper Slug and DJ/Producer Ant will support their 2021 release, “WORD?” on this tour, and fans are excited to hear it live. If you’re one of them, you need to grab your tickets ASAP before they are gone! 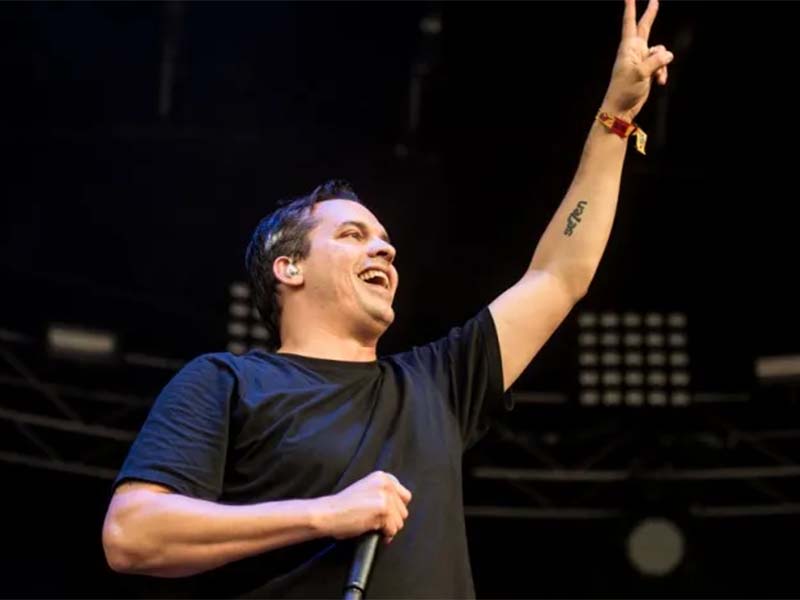 The name says it enough, if you want to enjoy a party-like concert, make sure you do not miss out on the Atmosphere’s upcoming performances. The duo is known for creating a high energy environment around their events, and that is why they usually sell out their concerts in advance. Atmosphere has had quite a year till now, as they started last year with the release of their latest album and then co-headlining a tour with Iration in 2022. The tour concluded on 26th August, and the band will begin their headlining trek a couple of months later.
The duo has produced some hit music and performances since 1996 and has been one of the prominent names in the hip op music industry. They have released twelve hit studio albums, all released to critical acclaim and received immense praise from fans. The tour “Party Over Here” will celebrate some big hits and also include performances from their 2021 album, WORD?. Moreover, it’s a very exciting line-up with supporting acts Blimes & Gab and Plain Ole Bill. Fans are excited because they know how special this event is going to be, and if you’re a fan of Atmosphere, you need to quickly buy your tickets because they are expected to sell out pretty soon!